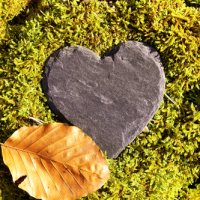 “I didn’t realize it was an option!” - actual green burial proponent

For most people making their final arrangements, there seem to be only three options for their earthly remains:

This is the process by which a body is embalmed with chemicals, prepared for viewing, placed in a hardwood or metal casket, and buried within a concrete vault or liner in a landscaped cemetery with an ornately engraved headstone.

This is the process by which the body is placed in a cremation retort which is raised to over 1,400 degrees Fahrenheit. What is left of the body is ash and bone fragments, which are pulverized in a blender-like device called a “cremulator.” These cremated remains are then returned to the family.

This is the process by which the body is given to a medical institution where it is dissected and examined by medical students before it is ultimately buried or cremated.

For most, these options are suitable as they feel that there are few other options.

For others, these options can seem unsettling, unnecessary, overly expensive, or unnatural. Fortunately for these individuals, a “new” third choice for body disposition is gaining popularity—green burial.

What is Green Burial?

Green burial—also known as “natural burial” or “eco burial”—is the process by which a body is laid to rest as naturally as possible. The bodies are typically not embalmed—usually only washed and dressed in very simple, biodegradable clothing. They are then placed in either a biodegradable casket (usually made of untreated wood or woven wicker) or even a sewn shroud, and placed directly in a shallow grave—often only three or four feet deep without any vault or grave liner. These graves are dug in special “green cemeteries”—areas left unlandscaped, containing wild grasses, trees, and wildlife.

In many ways, green burial is seen as a return to the way most burials were conducted before the rise of the modern mortuary industry. Graveside funeral services often resemble that of earlier pioneers—allowing friends and family members to be as hands-on as they choose.

What is the Appeal of Green Burial?

The earliest proponents of green burial were environmentalists looking for a more ecologically responsible way to return to the earth after death.

Modern traditional burial not only requires the extensive clearing of natural lands to make way for heavily manicured cemeteries but also requires vast resources that are ultimately buried. Over an Olympic-sized swimming pool’s worth of toxic embalming fluid is buried every year as well enough metal (in the form of caskets) to build the Golden Gate Bridge, and cement (in the form of burial vaults) to build another highway between New York and Michigan.

While cremation seems like the more environmentally friendly option, the process requires substantial energy and emits tons of carbon dioxide as well as other hazardous fumes such as mercury from dental work.

Green burial, on the other hand, has been used as a method of wildlife preservation. The bodies of the buried feed the earth—nourishing plant life and soil conditions in the area.

The practice of green burial appeals to many who find other options disrespectful of the remains of the deceased.

Cremation is considered forbidden by observant Jewish and Islamic cultures, as it as seen as disrespectful of the body.

Green burial seeks to respectfully return the body to the earth as naturally and directly as possible.

Short of direct cremation, green burial is among the most economic option for laying a body to rest. Modern sealed caskets can range from the thousands to tens of thousands of dollars—along with the cost of embalming, concrete burial vaults, cemetery maintenance fees, and elaborate grave markers—leaving the final price tag anywhere from $7,000 to $12,000 or even higher.

Due to the lack of most of those elements, the cost of green burial can be a fraction of the cost. Plots in green cemeteries range from $1,000-$2,000. Burial shrouds can cost as little as $200. Funeral service costs may even be reduced as many family members and friends may elect to take on some of the responsibilities of a cemetery and funeral director themselves. Such tasks range from the care of the body to the digging of the shallow grave. Many funeral services have cropped up that aim to assist families in any duties they may not feel comfortable or capable performing.

Is Green Burial Even Legal?

Green burial is completely legal in all 50 states in the USA. Cemeteries may have regulations that require a burial vault and other items for burial on their sites, but such requirements are merely required cemetery policies and not law. The requirement for vaults or grave liners in modern cemeteries has more to do with preserving the landscaping than anything else.

What is the Downside of Green Burial?

How Can I Find a Green Burial Funeral Service or Green Cemetery?

To provide consumers with additional burial options and quality control measures, the Green Burial Council was formed. On their website, they provide a full listing of approved green burial funeral services and cemeteries.

Experience of a Green Funeral

“My wife’s great-grandmother and grandmother—mother and daughter—passed away in hospice care on the same day. They had lived together for over 30 years. They were lively, dignified ladies who lived vibrant lives, but wanted modest final sendoffs. Our family decided to honor them with a double green funeral and green burial. They were washed, clothed in simple gowns, and placed in white burial shrouds. We had a graveside funeral service in the forest with massive trees providing shade. We laid them side-by-side in a single, widened grave as family members and friends showered with them flower pedals. We passed shovels around with dozens of loved ones each delicately covering them with earth. More than feeling like we had them buried, we felt like we buried them ourselves—returning them to the earth, the bosom of their ancestors, and the embrace of their Creator.”

If you or a loved one is looking for professional and compassionate hospice and palliative care in the Greater Tulsa, Oklahoma area, look no further than your friends at Cura HPC Hospice & Palliative Care.