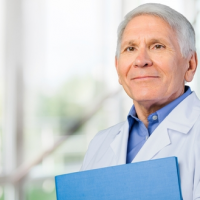 A pair of recent studies seem to suggest that doctors and other medical professionals make different end of life choices than many of their patients. This is significant because it may also suggest that more education is needed to inform patients about the positives and negatives of care options, particularly the difficulties involved in aggressive treatments with small success rates. If those with the best understanding of medicine are choosing less aggressive care at the end of their life, they may be doing so because they better understand their circumstances.

The first study concluded that doctors facing the end of their lives were less likely to choose aggressive treatments like surgery, or be treated in an intensive care unit. It also found that doctors were less likely to die in a hospital than the general public, which suggests they may recognize when these aggressive treatments have done all they can soon than a typical individual.

To reach this conclusion, Medicare beneficiaries in Massachusetts, Michigan, Utah and Vermont were studied. Each was over the age of 66 and died between 2004 and 2011. They recorded each patient's choices over the last 6-months of their lives and measured the intensity of their care by tracking five care options: surgery, hospice care, ICU admissions, death in the hospital, and total cost of care.

The second study involved the same research team and compared the location of death for physicians with that of other medical professionals, individuals with higher education, and the general population.

Of each of these four groups, doctors were found to be the least likely to die in any type of care facility. When specifically looking at hospital deaths, the general population was found to be more likely to die there than any of the other groups.

Across the board, researchers found that those who were most familiar with medical treatments, and those with better education, were more likely to choose less aggressive treatments for the end of their life.

While more research is needed before any far-reaching conclusions can be drawn from studies like these, these findings underscore the importance of education about end of life treatment options. It's important to begin research well ahead of need.

To learn more about the benefits of hospice and palliative care, including who is eligible for care, contact us at Cura-HPC by calling 800-797-3839.