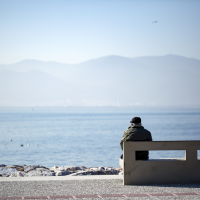 Loneliness might seem fairly innocuous, but new data is showing it might be more harmful than obesity. The mortality rate among lonely people is 50% higher than non-lonely people, compared to an 18% increase in mortality rate with obese versus non-obese.

The effects of loneliness on the elderly aren’t limited to emotional symptoms, as some might think. While depression and fatigue are part of the equation, there are several physical manifestations of loneliness as well. Lonely seniors will typically see a decline in functional activities such as –

As we age, more and more of our friends and families will inevitably die, leaving less and less people to connect with. This can create a cycle of isolation, that only perpetuates negative thoughts about the late stages of life.

This is why it’s so important for seniors to stay active and social. By making new connections and staying in touch with friends and family, seniors can break the loneliness cycle and hopefully avoid the above-mentioned complications.